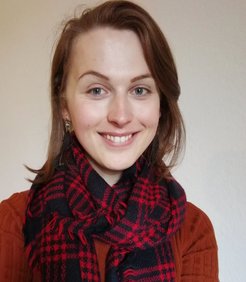 Open clusters are a key structure in our own galaxy. Containing hundreds to thousands of stars of the same age and composition, they offer a useful window into star formation processes. Stars in the clusters follow distinct evolutionary tracks, allowing properties of the clusters (such as their ages) to be determined to a high level of precision.

However, the census of open clusters in our own galaxy is both incomplete and inaccurate. The limits of past datasets mean that thousands of more distant open clusters are still waiting to be discovered. Within 1-2 kiloparsecs of the Sun - an area of the census previously believed to be complete - recent research has found more open clusters. This suggests that even within the solar neighbourhood, there are still discoveries to be made.

The Gaia satellite is ushering in a new age for galactic astrometry, and will measure the positions of 2 billion stars in the Milky Way to groundbreaking levels of precision. Using these data in conjunction with novel computational techniques, we will search for new open clusters in our galaxy - expanding and improving the open cluster census to further a wide range of research fields. Our research continues a decades-long history of open cluster research at the University of Heidelberg, including by past IMPRS-HD students.