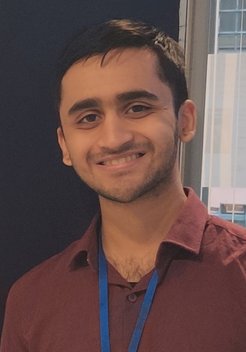 I work with Dr. Hans-Günther Ludwig at the LSW to model the formation and disassociation of chemical species in 3D stellar model atmospheres. These species are often assumed to be in local thermodynamic equilibrium (LTE), meaning they are in thermodynamic equilibrium with the radiation field. However, though this approximation is widely used, it is uncertain whether it holds for this investigation in stellar atmospheres,
and if it doesn't, how large the differences could be. The question is: To what extent can we model the
reactions between these species in the LTE approximation?

3D model atmospheres have come a long way, and are used for a number of applications, such as seeding spectral synthesis codes, asteroseismology, and providing a reference for host stars for exoplanet detection spacecraft like PLATO. We use the CO^5BOLD code to accurately model convective flows, granulation, magnetic fields, and other effects for all kinds of stars. Additionally, I am working on implementing a chemical reaction network scheme, not dissimilar to those used in exoplanetary atmosphere models.

Part of my work also involves spectral line formation and abundances. Particularly, the photospheric solar silicon abundance was of interest, as silicon is a significant electron donor and is also used as the reference element for certain meteoritic abundances, which can provide insights into the early solar system. It is also a useful reference for spacecraft such as PLATO to more generally determine abundances.