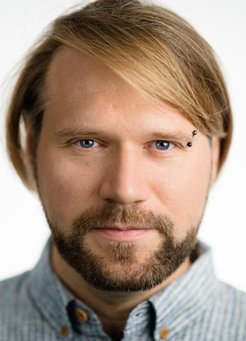 Galactic cosmic rays (CRs) are believed to be primarily accelerated in supernova remnant (SNR) shocks. The standard diffusive shock acceleration theory (DSA) predicts for the accelerated particles’ energy spectrum a power law with exponent -2 in the strong shock limit. If compared to the observed spectrum of particles arriving at the earth, a deviation from the theoretical prediction has to be noted. The supernovae should thus release softer spectra into the interstellar medium (ISM) . This deviation may be due to the restriction to parallel shocks in standard DSA. Bell et al. (2011) revisited the problem of DSA with arbitrary field orientation and found that a significant deviation from the standard result is possible, even in the test particle limit. The results for exactly perpendicular shocks were confirmed by Takamoto & Kirk (2015) also in the test particle limit. However, since CR acceleration in SNRs must be efficient, the non-linear feedback of the accelerated particles on the fluid should be taken into account.

We propose to numerically study the system of magnetohydrodynamic equations (MHD) coupled with a kinetic prescription for the self-consistent evolution of the accelerating particles. The results of our investigations will be applied to known high-energy gamma-ray sources such as the TeV supernova RX J1713.7-3946, and other Galactic sources. The effects of additional physical processes, and their potential radiative signatures will be explored.