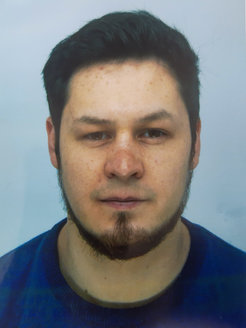 A large number of supermassive black holes is known at z> 6 including one with 2.9×10^9 MSun at z= 7.085 and one even at z= 7.54 with 8x10^8 MSun . Explaning the origin of these objects remains a challenge, as they need to continuously accrete at the Eddington rate or higher to achieve such masses, unless they start from very massive seeds.

A promising pathway for the formation of seeds may be through the effect of collisions and accretion in the first stellar systems, as the stellar masses may be considerably enhanced if the interaction with the gas in the clusters is considered. This scenario was previously explored only in the framework of toy models, assuming an external gas potential and simplified prescriptions for the accretion. The goal of my research is to construct more realistic numerical models by coupling a direct N-body solver and an SPH code to accurately model these systems and follow their evolution during the first million years. The results will help to put tighter constraints on the black hole seed masses that can be achieved in this scenario.