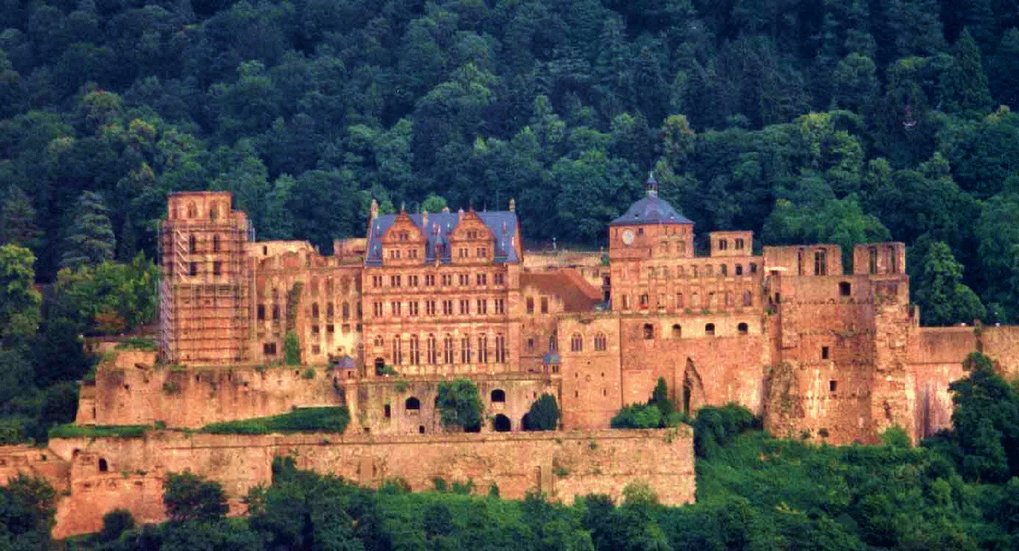 The Castle of Heidelberg is one of most well-known cultural monuments in the world, attracting hundreds of thousands of visitors every year. It has been constructed as a residence of the Palatinate electors from the 13th to the 18th century. A long and eventful history brought periods of expansion and devastation. The castle buildings with the greatest artistic importance were built during the Renaissance period. The existence of two castles was first mentioned in 1303. In 1537 the upper castle has been destroyed by a lightning bolt. The Renaissance palace built 1556-59 by the Elector Otto Heinrich is considered as one of the most beautiful from that period north of the Alps. The castle gardens (Hortus Palatinus), the "Englischer Bau" (English Building) and the "Elisabethentor" (Elisabethan Gate), were erected 1610 by Elector Friedrich V. In 1622 the imperial general Tilly conquers the town and palace in Heidelberg. In 1720 the residence of the Elector has been moved to Mannheim.

The great vat with a volume of 221 726 liters was built 1751. Another lightning affected the castle 1764, this time destroying other buildings during reconstruction work. As a consequence the rebuilding has been discontinued. The ruins were preserved from 1810 by von Graimberg and turned in to a historical monument. For the interior part this was continued since about 1900. Since 1987, the Administration of the State-Owned Palaces and Gardens of Baden-Wu"rttemberg is responsible for Heidelberg Palace.
(The summary of the above events has been mostly taken from the castle time line of the "Schloesser Magazin".)
Among the many touristic events connected to the castle as regular and special guided tours "Schloss Festspiele" by the Theater of Heidelberg.