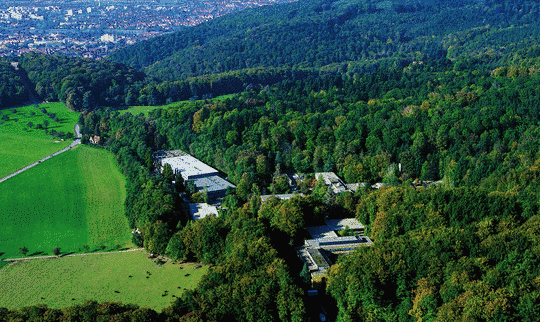 The Max Planck Institute for Nuclear Physics takes part in IMPRS-HD with several groups dealing with astrophysics and particle astrophysics.

The theoretical astrophysics group considers the physics of non-thermal, high-energy particles in the Universe, in particular their acceleration mechanism, their radiation, and their dynamical interaction with interstellar/intergalactic matter.
The activity of the high energy estrophysics group is concerned with theoretical studies of high energy cosmic gamma-ray sources, the theory of gamma-ray experiments, and data analysis and interpretation for the experiments with the HEGRA and H.E.S.S. Cherenkov telescopes. These projects are done jointly with the division of Particle Physics at the institute in the framework of large international collaborations. 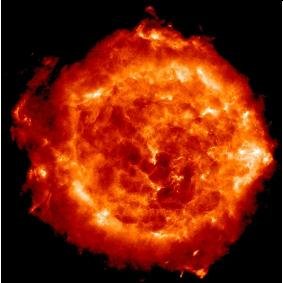 Infrared Astrophysics is a joint activity of several groups within the MPIK, interested in interstellar dust properties, galactic star formation, supernova remnants, and comets. For ESA's IR Space Observatory (ISO) the MPIK provided calibrated hardware, calibration tools and facilities for the pre flight.
Neutrino astrophysics, as research activity concerning Solar Neutrinos, started in the mid 80ties in a joint effort with the Brookhaven National Laboratory to observe solar neutrinos with a Gallium detector. The subsequent international project GALLEX was performed under the MPIK leadership in the underground Laboratory in del Gran Sasso in Italy. Its successful completion led to an upgrade named Gallium Neutrino Observatory (GNO) and to an active participation in the BOREXINO experiment.
One of the astrophysical goals of the Non Accelerator Particle Physics group is the experimental search for Dark Matter