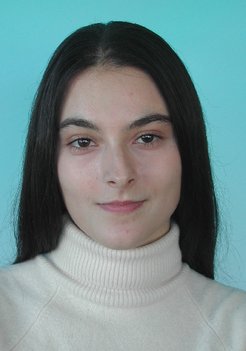 The composition of the faint (sub-milli-Jansky) radio population, that has been a matter of strong debate in the past, is explored by performing observations at 1.4 GHz (20 cm) radio continuum of the 2 sqdeg COSMOS field providing a large statistically significant sample, and by developing a method that uses a minimal number of parameters to efficiently discriminate between the two main populations in extragalactic radio surveys: active galactic nuclei (AGN) and star forming galaxies. This method bears the potential to be successfully applied to similar samples selected at other wavelengths. One of the main findings is that star forming galaxies do not dominate the submillijansky radio population, as often assumed, but form only about 30-40% of it, while the remainder is composed of AGN and quasars. Using this well defined sample of radio-selected star forming galaxies at 1.4 GHz, the cosmic star formation history is derived using radio data, for the first time constraining the dust-unbiased cosmic evolution of star formation rate in the most intensively star forming galaxies (>100Msun/yr) since ~5 Gyr after the Big Bang with high precision. In addition, the radio derived cosmic star formation history confirms the validity of the large dust corrections applied at other wavelengths.

The inverse Compton (IC) scattering of ultrarelativistic electrons accelerated at the pulsar wind termination shock is believed to be responsible for TeV gamma-ray signal reported from the binary system PSR B1259-63/SS2883. While this process can explain the energy spectrum of the observed TeV emission, the gamma-ray fluxes detected by HESS at dif\/ferent epochs do not agree with the published theoretical predictions of the TeV lightcurve. In this work, evolution of the energy spectra of relativistic electrons under different assumptions about the acceleration and energy-loss rates of electrons, is studied. Consequently, it is demonstrated that the observed TeV lightcurve can be explained (i) by adiabatic losses which dominate over the entire trajectory of the pulsar with a signif\/icant increase towards the periastron, or (ii) by sub-TeV cutoffs in the energy spectra of electrons due to the enhanced rate of Compton losses close to the periastron. The calculated spectral and temporal characteristics of the TeV radiation provide conclusive tests to distinguish between these two working hypotheses. The Compton deceleration of the electron-positron pulsar wind contributes to the decrease of the nonthermal power released in the accelerated electrons after the wind termination, and thus to the reduction of the IC and synchrotron components of radiation near the periastron. Although this effect alone cannot explain the observed TeV and X-ray lightcurves, the Comptonization of the cold ultrarelativistic wind leads to the formation of gamma-radiation with a line-type energy spectrum. While the HESS data already constrain the Lorentz factor of the wind, Gamma < 1e6, future observations of this object with GLAST should allow a deep probe of the wind Lorentz factor in the range between 1e4 and 1e6.