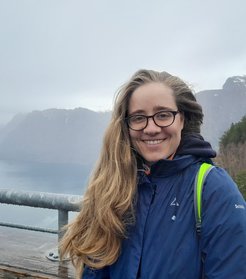 Cloudy With a Chance of Rain: Simulating the Galactic Weather and its Impact on Galaxy Evolution

Galaxies are not isolated islands of stars floating around in space but surrounded by a rich and complex atmosphere – the circumgalactic medium (CGM). Clearly, a self-consistent theory of galaxy evolution is only achievable if we understand the processes going on in the atmospheres of galaxies.

Just as our earth, a galaxy is a complex ecosystem and has a weather. Supermassive black holes and supernovae inject massive amounts of energy into the atmosphere and drive outflows. Observations and simulations suggest that the gas in the atmosphere is a multi-phase medium where cool, dense clouds may eventually form within a hot and diffuse phase. These clouds can rain back onto the galaxy and fuel further star formation and black hole accretion. This baryonic cycle resembles similarities to the water cycle on earth, however, additional processes such as merging satellite galaxies and cosmic inflows need to be considered.

Due to the complexity of the CGM it is crucial to employ numerical simulations for finding theoretical models. This is why we work with the state-of-the-art cosmological magnetohydrodynamical simulation IllustrisTNG. We focus on the most massive objects in the universe, namely galaxy clusters. Galaxy clusters are well suited for such studies since their gas can be observationally well studied in X-ray wavelengths. Furthermore, galaxy clusters still bring some unresolved puzzles with them. For example we can barely observe clusters with cold gas reservoirs and excessive star formation in the centers, even though the observed central cooling timescales of a large number of clusters suggest that star formation should happen at a high rate.