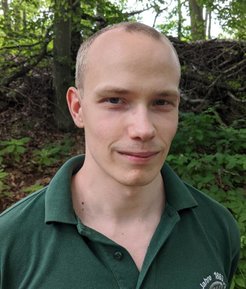 The formation, evolution, and demographics of nuclear star clusters

The exact details of NSC formation and evolution are unclear and two formation mechanisms were proposed: dissipationless globular cluster migration and in-situ star formation. These mechanisms depend on details of globular cluster formation as well as on host galaxy dynamics across cosmic time. While both mechanisms are likely at play in all nucleated galaxies, observations of NSCs are already indicative the relative importance of them in different host galaxy mass ranges. However, more effort is required to understand NSC formation and evolution which also requires detailed knowledge of NSC structural parameters across the whole host galaxy stellar mass and Hubble type range.

On the observation side, we are limited to the nearby Universe (< 100 Mpc) since NSCs have effective radii of a few parsecs. Nevertheless, we are already aware of more than 1000 NSCs and the number of known NSCs increases each year. Part of my work focuses on the analysis of NSCs in the nearby Universe using high-resolution Hubble Space Telescope imaging data. We will use the data to parameterise NSCs in order to investigate their formation mechanisms and to link their properties to their host galaxies.

Simulations of NSC formation and evolution in a galactic context are important as they complement observational studies. However, due to the spatial and temporal scales involved, NSCs could not be investigated in large-scale N-body or hydrodynamical simulations. Semi-analytical models are designed to investigate statistical properties and scaling relations of galaxy populations which can then be compared to galaxies in the nearby Universe. Therefore, a second part of my work focuses on implementing NSCs in L-Galaxies, a semi-analytical galaxy formation model based on the Millenium dark matter only simulations. Once we are able to reproduce present-day NSC properties, the simulations may allow us to connect NSC formation to galaxy evolution across cosmic time, and to link NSCs to other objects like supermassive black holes and ultra-compact dwarf galaxies.