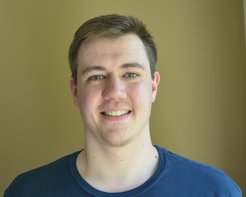 One of the most interesting techniques to probe stellar interiors is asteroseismology. This technique analyses the small variations in the observed light-curves (from e.g. space telescopes Kepler and TESS) caused by oscillating stellar material and determines the internal structure of stars based on the properties of these variations. The geometry of the variations can be described with Legendre polynomials and the oscillation modes described by the first three polynomials are called radial, dipole and quadrupole oscillation modes.

A particularly interesting type of oscillating stars are red-giant stars. Their dipole modes carry information from the inner regions and envelope of the star. The analysis of the Kepler light-curves of these stars revealed a few hundred stars with unexpectedly low amplitudes for dipole modes. A few mechanisms that could damp the modes have been proposed, including a magnetic field in the core, a peculiar internal structure or binarity. However, none of these hypotheses has yet been confirmed. Moreover, it remains unclear how the other oscillation modes of the star are affected by this damping.

My project aims at comparing the properties of all the modes of stars with expected and with low amplitudes for the dipole modes. Eventually, the goal is to verify if the findings are in agreement with any of the proposed mechanisms.