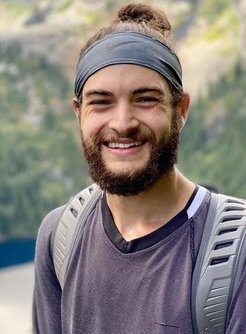 Jellyfish Galaxies as Probes of the Cosmic Gas

In standard models of galaxy formation and evolution, there remains open-ended but highly connected questions: how does a galaxy sustain its star formation, given its limited gas mass (i.e., the fuel to form stars); how does a galaxy quench its star formation and remain quiescent for the rest of its life. These questions address the prevalence of two observationally dominant types of galaxies -- blue and star-forming, red and dead -- but how does one journey through the green valley between these two peaks? One such avenue involves the rich interplay of gas, stars, and dust between galaxies, their halos, and extragalactic space, coined the cosmic baryon cycle. Specifically, we study how smaller, satellite galaxies evolve as they enter the circumgalactic medium (CGM) of more massive hosts. Using the unparalleled resolution and sample size from the IllustrisTNG simulations, an observationally rare type of galaxy has emerged, and emerged often but only for short periods of time. These objects hurtle through the ambient, hot CGM at supersonic speeds, creating bow shocks at their fronts and long tails of stripped cold gas in their wakes. These "jellyfish" galaxies could be the missing link between star-forming and quiescent galaxies, while also affecting their more massive host's ability to sustain or quench its own star formation. Hence the title of this thesis: Jellyfish Galaxies as Probes of the Cosmic Gas.

The first project involves characterizing the cold gas in the CGM and predicting as a function of host halo mass how much cold gas satellite galaxies bring into the CGM throughout cosmic time. After this demographic study we will focus on individual objects, examining where the ram pressure and tidal stripping occur and the lives of these cold gas clouds once they are no longer bound to the satellite. This may involve running zoom-in simulations of the jellyfish galaxies themselves, which would be the first such simulations of this kind. Lastly, we will connect our findings to observations by, e.g., creating synthetic observations and predicting what future telescopes and surveys may detect.