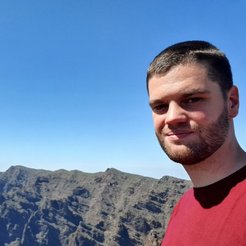 Stellar Mergers, their Progenitors and their Products

Being part of a binary system (two stars orbiting their mutual center of mass) can severely influence the evolution of stars thanks to a plethora of interactions such as mass transfer and tides. Given that a significant fraction of stars, and even the majority of massive stars, are found to be in binary or multiple systems, it goes without saying that it is crucial to take the effects of binarity into account in theoretical and observational studies (Sana et al. 2012).

Roughly speaking, binary evolution can result in the formation of a compact object binary and hence potential gravitational wave (GW) source, a common envelope (CE) phase in which one of the components is engulfed in the envelope of the other star, a phase of stable contact, or the merging of the two stars on a dynamical timescale. The latter is of interest for further exploration since, among other things, (1) it is a potential formation channel for massive stars, including those with strong global magnetic fields (Schneider et al. 2019, 2020), (2) a significant fraction of main sequence massive stars has been found to be the product of stellar merger(s) by population synthesis models (de Mink et al. 2014), (3) knowing which stars are likely to merge puts constraints on the progenitor systems of GW sources.

In light of this, we will constrain the progenitor binary systems of stellar mergers using detailed 1D stellar structure and evolution grid computations with MESA (Modules for Experiments in Stellar Astrophysics, Paxton et al. 2019 and references therein). Stars with masses between 0.5 to 20 solar masses at solar metallicity are considered in this grid.

Since such simulations are computationally very expensive, we want to bypass them by developing an improved 1D merger scheme, which will be calibrated using the output from the aforementioned 3D merger simulations.

Lastly, given that these merger products are expected to have different internal structures when compared to regular single stars, we want to assess a range of asteroseismic diagnostics in their usefulness for differentiating between these two types of stars. By doing so, we aim to find ways to observationally distinguish merger products from regular single stars, which in turn will aid, among other things, age determinations of star clusters, given that merger products often appear younger than they actually are.