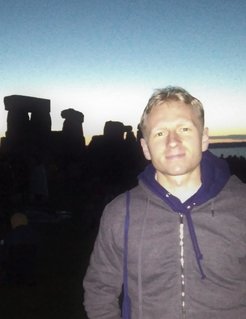 Stars are self-gravitating bodies that are massive enough to ignite nuclear fusion as they convert gravitational potential energy into thermal heat. They form through the gravitational collapse of gigantic gaseous nebula, and burn successively heavier elements as they undergo a sequence of evolutionary phases, governed by an exciting interplay of gravity and thermodynamics, nuclear and particle quantum physics, and hydrodynamics. Stars end their lives by transformation into compact objects, or in violent supernova explosions tearing them apart. Massive stars become large, shine bright, and die young. Though particularly their late evolutionary stages are not well understood.

MESA is a powerful tool that numerically solves the coupled nonlinear differential equations which effectively describe stellar evolution as an initial value problem. Stars evolve on timescales that are orders of magnitude beyond human lifetimes. Therefore, the only way to probe stellar evolution models is to compare statistical model predictions with observations of stellar populations. Current population synthesis methods require an efficient yet reliable way to determine the outcome of stellar evolution. However detailed models such as MESA are computationally too expensive to generate predictions at scale over a wide and fine-grained parameter range. We propose a solution to this problem by constructing machine learning based stellar evolution emulators, which are trained on pre-computed evolutionary tracks, but have the capability to generalize. For given initial parameter input, these emulators predict the output of stellar evolution models accurately, while keeping the computational expenses low.

There are two astrophysical applications at which we deploy our emulator method. The first is the prediction of the statistical distribution of observational variables of solar metallicity stars during their longest evolutionary phases (Main Sequence, Red Giant Branch, Core Helium Burning). The second is the prediction of core collapse explosion rates in solar metallicity populations. We predict the final fate of massive star evolution based on explodability proxies, which evaluate the pre-SN core structure at onset of collapse, while taking into account the effects of convective core overshoot on the pre-SN progenitors.

A related side interest of my research concerns the question whether a gravitational singularity genuinely forms in stellar gravitational implosion, as well as the foundations of Schwarzschild and Kerr Black Hole thermodynamics.