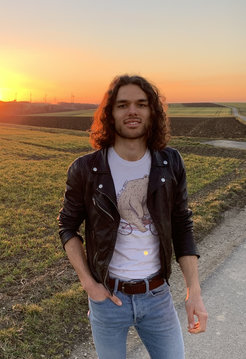 Super-massive black holes (BHs) with masses exceeding a million times the sun likely exist in the center of all massive galaxies including our Milky Way Galaxy. Using dynamical tracers for BH mass in nearby galaxies, a tight correlation emerged between BH masses and host galaxy properties such as the stellar velocity dispersion and the stellar mass of the bulge component. It is still debated whether these scaling relations are established through the feedback of active galactic nuclei (AGN) or the merging of galaxies and their associated BHs through cosmic time. Tracking the evolution of the scaling relations with cosmic time is of crucial importance to understand their origin. This can only be done with luminous unobscured AGN, which allow to estimate the BH mass from their spectra alone. However, those masses are currently linked via local reverberation-mapped AGN and extrapolated to more massive BHs due to the difficulty in measuring the stellar velocity dispersion in bright AGN. We will use high-quality integral-field unit (IFU) spectroscopy with MUSE allowing us to accurately measure the stellar velocity dispersion even in most luminous AGN. This enables a complete re-calibration of the virial factor f necessary for the single-epoch BH masses across the entire BH mass range.